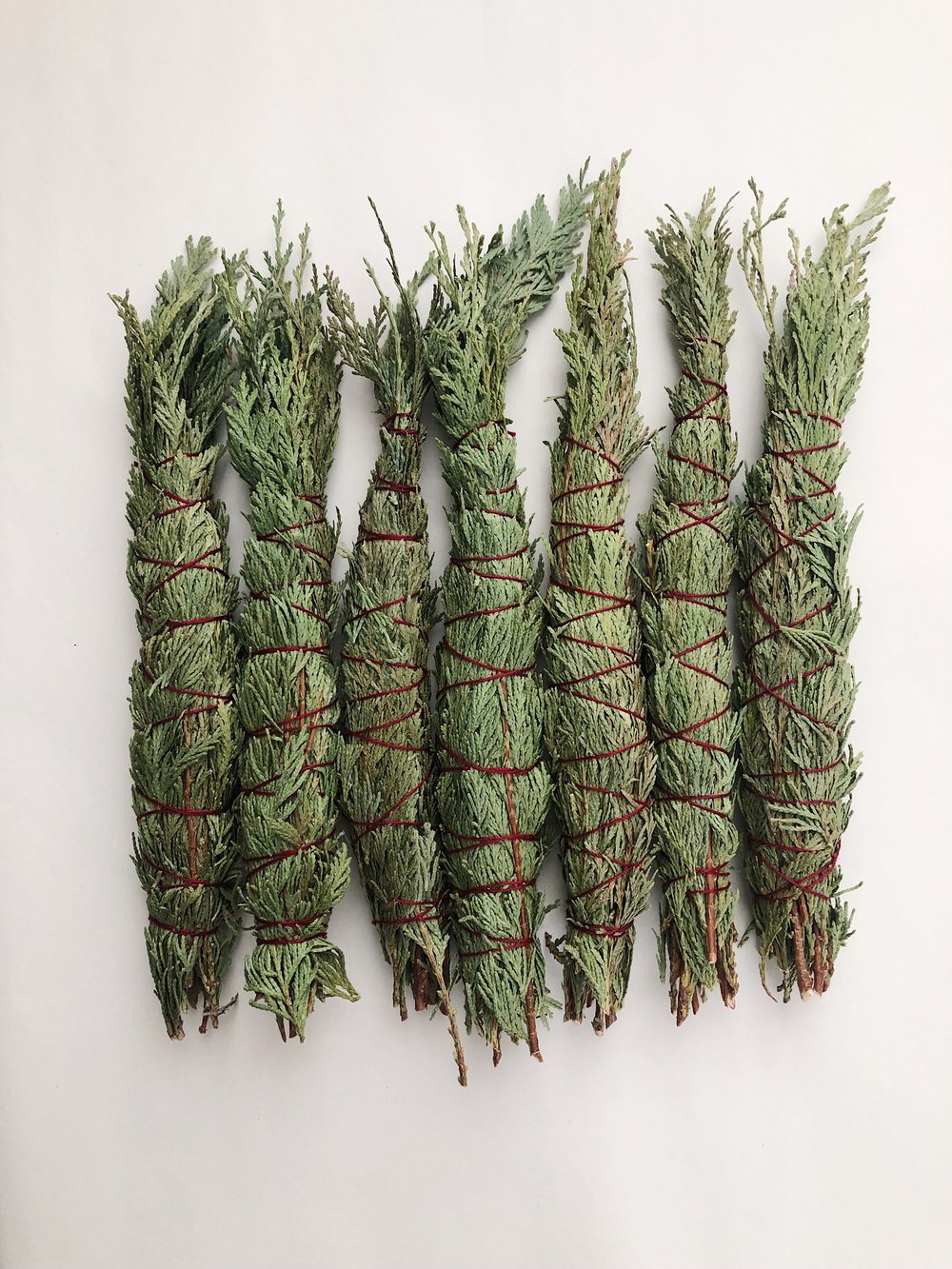 White sage from the coastal mountains of California. This is a broad leaf sage which is prized for its strong aromatic properties. White Sage has been used by Native Americans for thousands of years for cleansing, purifying ones self and others as well as an area of space through the technique of smudging.

Cedar is a sacred plant that has been burned by many Native American Indians for centuries in ceremonies of cleansing, clearing, and blessing. It is used during prayer and meditation to cleanse rooms and to clear crystals between therapy sessions, etc. Cedar: Strength-Endurance-Certainty. Cedar symbolizes wisdom and strength. It's divinely associated with Ea / Enki (gods of ancient Mesopotamia and Babylon). King Solomon used cedar in the roof beams and wall paneling of the great Temple of Jerusalem. The altar in the shrine of the Ark of the Covenant was made of cedar.

To burn a smudge stick -just light the tip, blow it out and either wave in air or place in a glass or metal container (one that will not burn) with sand or salt placed therein to hold the smudge upright. To extinguish, invert smudge into the sand or salt to smother. Smudges put out a lot of soothing smoke.

The cedar tree has been revered for its spiritual significance for thousands of years. Its wood was used for the doors of sacred temples and burned in cleansing ceremonies for purification. Cedar has a long history of use in indigenous sweat lodge ceremonies and the tree was thought to house important gods and to be an entrance to higher spiritual realms.

Cedar is first and foremost a medicine of protection. It is often used to cleanse a home when first moving in, inviting unwanted spirits to leave and protecting a person, place or object from unwanted influences. Cedar is often used in the sweat lodge ceremony. A few pinches are thrown on the red-hot rocks, immediately sparking into a yellow glow and releasing their aroma. The smoke of burning cedar is said to attract the good spirits and eliminate negative energies.